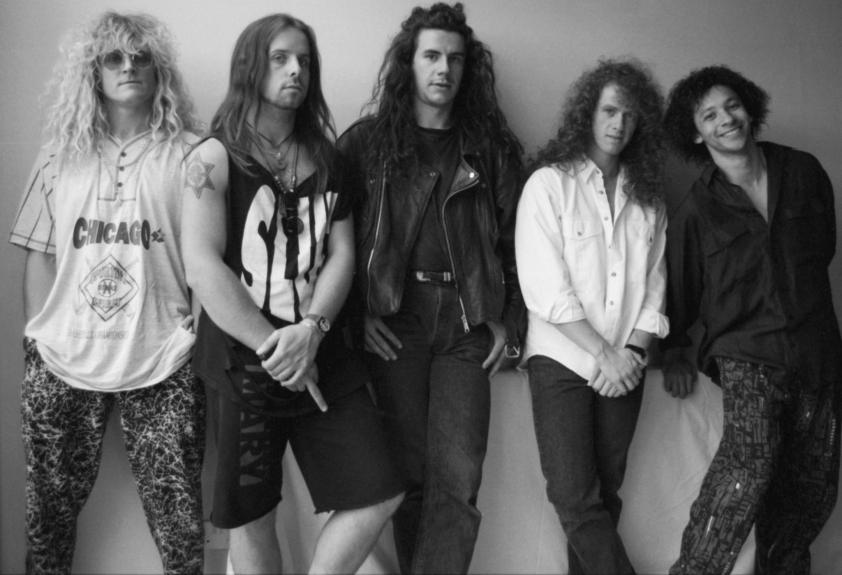 ‘A long time ago, in a Galaxy far, far away…in a world happily devoid of X Factor and the Kardashians. Jurassic Park was the latest multiplex Block Buster and the mighty Nirvana were tearing up the charts. Ah…it was the best of times.

Before the great British Bake Off was even a twinkle in (Mother) Mary Berry’s pudding bowl, five ambitious northern musicians, not to mention one enigmatic Frenchman were plotting world domination with a heady mix of two parts Zeppelin, one part John Barry and a large sprinkling of Dan Reed/early Van Halen on the side. What they came up with was box office poison in terms of getting a major record deal (remember them) as Grunge swept the world, but hey, didn’t people used to just write great tunes to have a great time?

A high energy combination of great melodic hooks, killer grooves and a healthy sense of humour made for some very, very special times and priceless memories with a dedicated following of amazing friends and fans.

Their debut gig in February 1993 broke the house attendance record of 900 at the world renowned Bradford Rios (cough) and what followed were incredible, adventures on the road as the momentum built to a legendary 1994 UK tour which stretched from Glasgow, with Ozzy’s guitar master Zakk Wyde, via Sheffield City Hall with Whitesnake, (plus ‘Word Up’ savvy Gun) through to London’s prestigious Marquee Club. Radio 1 airplay for the accompanying Truth ep’s lead track ‘I Believe’ didn’t hurt and neither did great reviews of the live shows from Kerrang, and Metal Hammer magazines.

If you were there you know (and thank you) for all your incredible support. If not, you’re in for quite a ride! Sadly, all good things come to an end and by 1995 it was time to move on to pastures new.

But hey, Led Zeppelin haven’t been gigging for years either and they’ve got a  website-and so can we?! 🙂 So pull up an armchair, pour yourself a little snifter, download the tunes and turn ’em up loud. Who said Nostalgia’s not what it used to be?’